She said she read this morning about waiting and she felt the most real feeling that clear skies and days are coming soon. She said she felt God telling her that.

And so I told her, then hold on tight to that. Feel the feeling you have when you’re sure good is coming, when you believe what you’ve just said to me, silence the voices set up by your past that say nothing good is ever possible and all your dreams are empty promises.

That’s tough for one conditioned to expect hardship, tough for one accustomed to trauma and only beginning to climb the ladder of seeing more clearly what she might take the chance of believing.

She cried and she cried, streams of tears I thought I should lean towards her and catch in the palm of my hand.  Stop using “stuck” I told her, that’s not a word God would use to describe this time; God might use wait or trust or believe; but, I don’t believe he told you this morning you’re stuck.

She agreed and was better, only momentarily I know, still waiting to see if things will come true. We’ll talk again soon and I’ll remind her of taking steps and I’ll tell her not to be afraid, this time next year,  your life is going to be very different. Her eyes were brighter than before. She smiled, nodded. She knew. 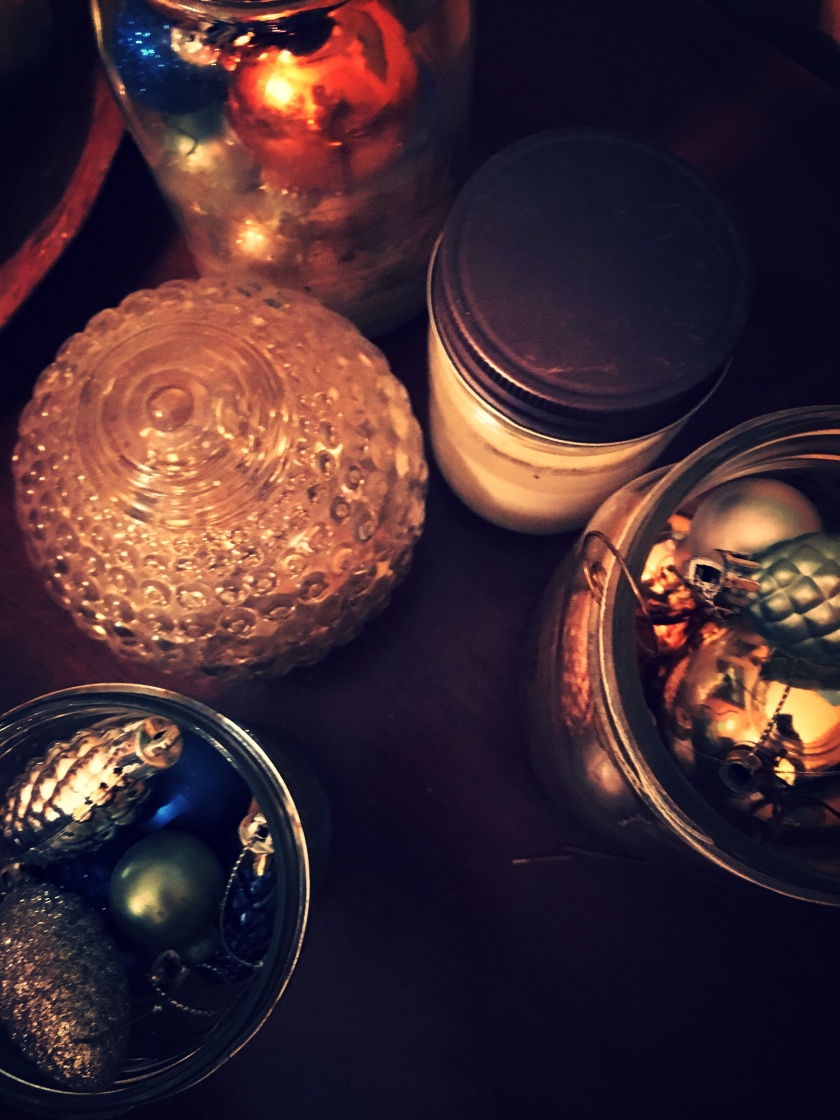 The Book of Luke opens with the account of a righteous couple, Elizabeth and her husband Zechariah. Both of them old and with no children.

Elizabeth was barren. Zechariah had no son to carry on his name.

He was a priest and a dutiful man. I would imagine had accepted their marriage would be childless and they were set in their ways.

The angel Gabriel appeared to Zechariah and told him, you’re going to be a father.  Elizabeth is going have a son. He should be named John and he has a purpose, God is giving you this son and this son, John will prepare the way for Jesus. His purpose will be to ready the way for the Lord.

Zechariah was afraid. He questioned the possibility of this outlandish announcement by an angel who appeared as he carried out his priestly chores.

And then he was silent.

Zechariah said to the angel, “How can I be sure this will happen? I’m an old man now, and my wife is also well along in years.”

Then the angel said, “I am Gabriel! I stand in the very presence of God. It was he who sent me to bring you this good news! But now, since you didn’t believe what I said, you will be silent and unable to speak until the child is born. For my words will certainly be fulfilled at the proper time.” Luke 1:18-20

This passage stirs my curiosity. Did Zechariah persist in his argument? Was he made mute because of his arguments and insisting impossibility?

Or was Zechariah silenced for fear that his questions might lessen the magnitude of the angel’s appearing, of God’s plans for the coming John, making the way for Jesus?

Zechariah could not speak until the baby was born, required to wait until what he doubted was fulfilled.

Was he simply not prepared to share a story of such magnitude?!

Everyone must have wondered. He exited the temple to a throng of confused faces, tried to express what had happened using his hands in motion and then went home to wait with Elizabeth, hidden for five months. Was she afraid of announcing her miracle, was she waiting to be sure she was far enough along to make known she was with child?

Was there evidence of what the angel said?

Did she wait for the feeling of tiny foot in her torso or the flutter stirring up next to her soul, that mother thing we call intuition?

After six months the angel appeared to Mary, told her about Elizabeth and told her she too would conceive a baby. Mary was afraid, how could it be possible? I am young. I am a virgin.  The angel told her of Elizabeth’s conception, told her “nothing will be impossible with God.’ Luke 1: 37

And Mary began to believe and hurried to visit Elizabeth to see. 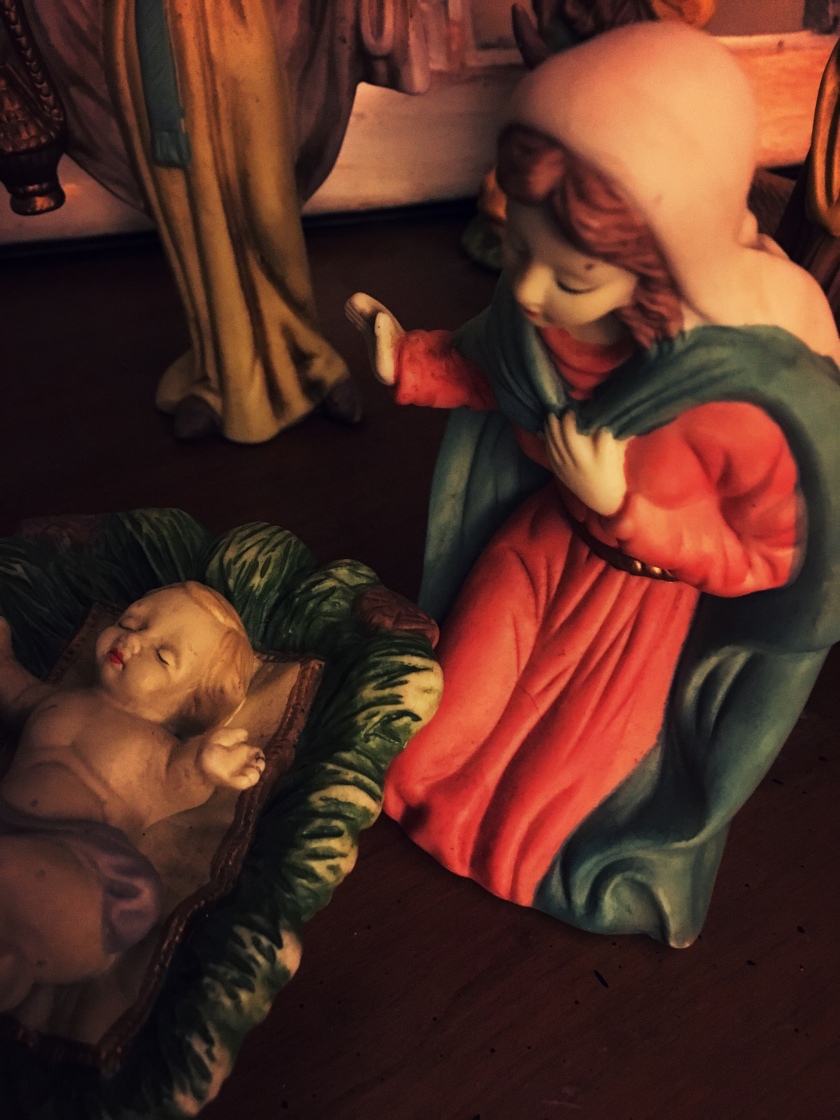 She walked through the door and the baby inside the womb of Elizabeth sensed the spirit already in Mary and responded with joyous movement.

Sort of an affirmation, yes, it is true.

They decided themselves both blessed.

When Elizabeth heard Mary’s greeting, the baby leaped in her womb, and Elizabeth was filled with the Holy Spirit. In a loud voice, she exclaimed: “Blessed are you among women, and blessed is the child you will bear! But why am I so favored, that the mother of my Lord should come to me?As soon as the sound of your greeting reached my ears, the baby in my womb leaped for joy.Blessed is she who has believed that the Lord would fulfill his promises to her!” Luke 1: 41-45

I imagine he had things to say, just couldn’t figure out how or maybe a welcome relief to be unable to speak.

Nobody waiting to listen, oh, his words would surely need to be profound.

An excuse for being sure enough of his words, certain of his proclamation, excited over his announcement.

I met with a friend last week. Gave her the first chapter of a book idea and asked her if she found it too brave.

I’ve asked her to be my writing accountability partner.

We talked of how I’m conflicted over some things, write brave and authentic truths or water down and make pretty at least for the few minutes someone reads it to feel they might make it through.

I expected her to say don’t unearth everything.  Don’t be too hard, don’t cause others to worry or to feel uneasy. She said let God bring you the things needed to remember, don’t fret over what you can’t. Time has passed. Good will come from recollection you’re supposed to tell.

We talked about one memory and I shared with her what a revelation it was to hear a long ago memory of me, not at all pleasant; but true.

It was strangely affirming.

We both smiled and she said “How many women have felt the same way, regretted the same behavior and yet, long for someone else to say “me too?”

I’m more silent now and okay with it really.

I’m not unable to write, just waiting to be sure that the words I write will be the ones that God wants others to hear.

Like Zechariah, when questioned, why are you not naming your baby after yourself, to carry on the name, this is what’s expected and you finally got your chance?

“No.”, Elizabeth said and he agreed, we will do as God has planned. His name will be John and when asked to record the name in writing, the name Gabriel, the angel had advised them of, Zechariah’s voice returned, he could speak of his son.

He waited and in time, found his voice still there.

I will not give up on the story, the one I call “The Colors of My Bible”. I’ll just not rush it, conflicted over how it will be welcomed or whether others will approve sufficiently. I’ll wait until the words come back, until the time God knows I truly believe in His design, not mine. 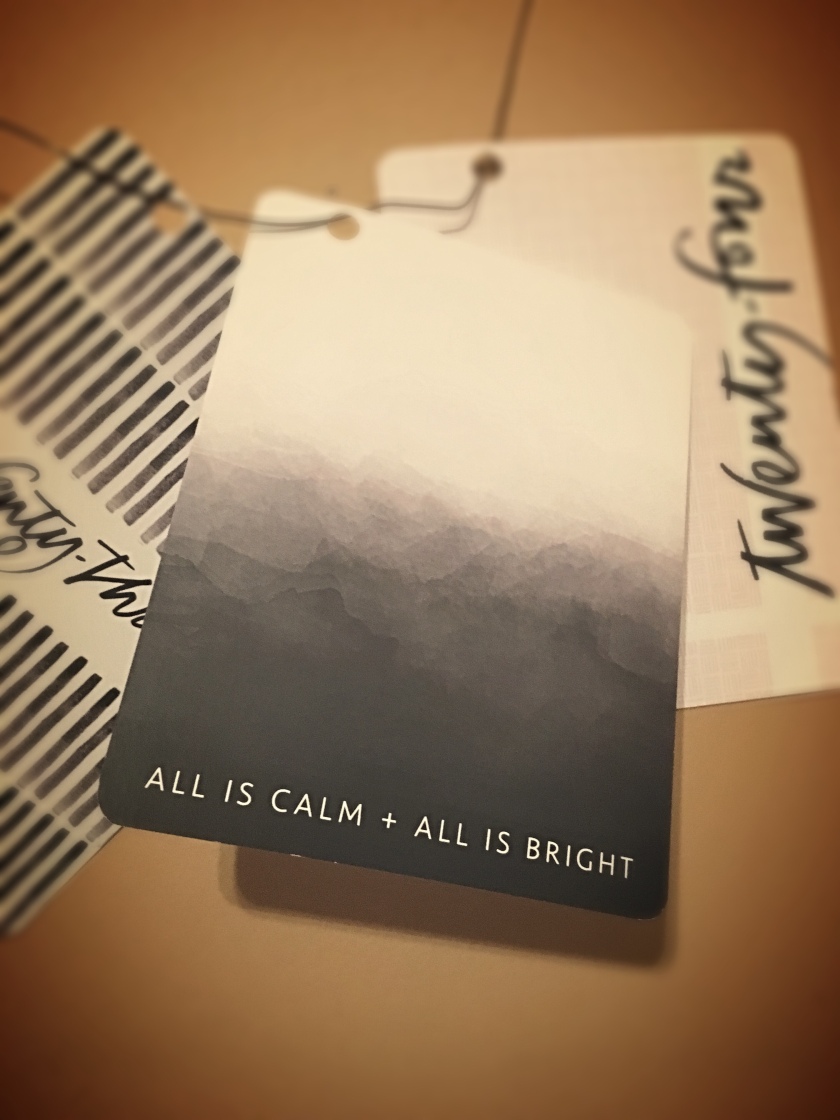 Because, I’ve not been visited by an angel; but, I refuse to believe this idea just came from nowhere, the telling of my colorful redemption story and the women who gave me hope.

I may just write about the dogs for a bit, paint some angels, jot down my prayer list, being sure to include “walk closely with Jesus”, a new daily one.

I may simply write about geese that fly over or the funny way it sounds to tell of “my embroidery” hobby.  I may slip in some stories about my family. I’ll continue to write about hope and heaven.

Until I’m able to write the words so clearly, so truly, so hope-filled that I will be able to say Yes, this is my treasure, thank you for this treasure I thought impossible.

But, it’s good, good for me to write. Good will get better, better will get right.

For now, I’ll hold onto that feeling, the feeling that good is coming.

Not stuck, but waiting.

The truth I say I believe and told another the same.

Good things are just around the bend.

Linking up with Jennifer Dukes Lee at Tell His Story.

One thought on “I Say I Believe”

Sharing His Love Through My Story

Finding God in the Everyday

Not Your Average Career Site

Count it all joy

Bringing encouragement and inspiration for your day!

“With an unveiled face, being transformed into the image of Christ–2 Cor. 3:18”

My Sea of Thought

Sharing Stories and Lessons as I Embark in the Everyday

Thoughts from the Land of Slow Living