This bird theme is continuous lately and this morning I’ll be either thinkin’ about the crazy continuity of my seeing the red birds and knowing for sure it’s for something or unable to get the words of a country song, every girl’s anthem back then out of my head.

We both noticed, the sharp thump against the window, the same window I’d told her I was thankful for the view, the one adorned with the wisteria reminiscent of my youth.

A pause in conversation and the sound, both our faces follow and a beautiful bird, bright red, knocked against the highest window to get our notice and then promptly flew away.

Not a word for a moment or two.

We let it sink in.

Later, I leave our conversation and my car, alone in the parking lot now waits in its daily place, my approach is lazy after long day and so I see it there, not hurried in my leaving.

The driver side mirror of my car, a perch for the cardinal, the same bird in the window I decide and here I am and here it is and there’s a message in this.

I believe for sure, more surely than before.

I know the message now.

Continue, I’ll keep an eye out, guide you to the places you should go. Continue to follow.

I’ve become accustomed now to seeing them and before I thought well, I’m just more attentive, more fascinated, more curious about their presence.

Yet, it has become continuous in my periphery or planted directly in my view requiring no search, no pause, the vivid red bird refuses any longer to elude.

Early morning barely lit two days ago, I wake and see the figure just outside the door. I turn away, too early I decide, surely not again, probably just an ordinary robin, sparrow, or even crow.

Then its body lifts and yes, again, again, good morning to you too,

We believe there’s something to it, my friend and I. Coincidentally, I’ve decided I was not made to cower, rather to create and I know now to fly.

We were not made for fear.

Turing to my day’s Psalm, a Song of Ascent, I read a Psalm of David, words recalling escape from danger, words written to strengthen and lead the followers forward with courage.

Reminding them where their help came from.

We have escaped like a bird from the snare of the fowlers; the snare is broken, and we have escaped! Our help is in the name of the Lord, who made heaven and earth.”

Focused now on flying and not so much on the fowlers, the ones who were bent on my capture, the ones who held me captive in their snares, focused on flying free now, thrilled and hopeful, strong and certain in my Lord who aided in my escape.

Linking up with other writers guides by Kate Motaung’s prompt. “Fly”. I’m grateful for the prompting. 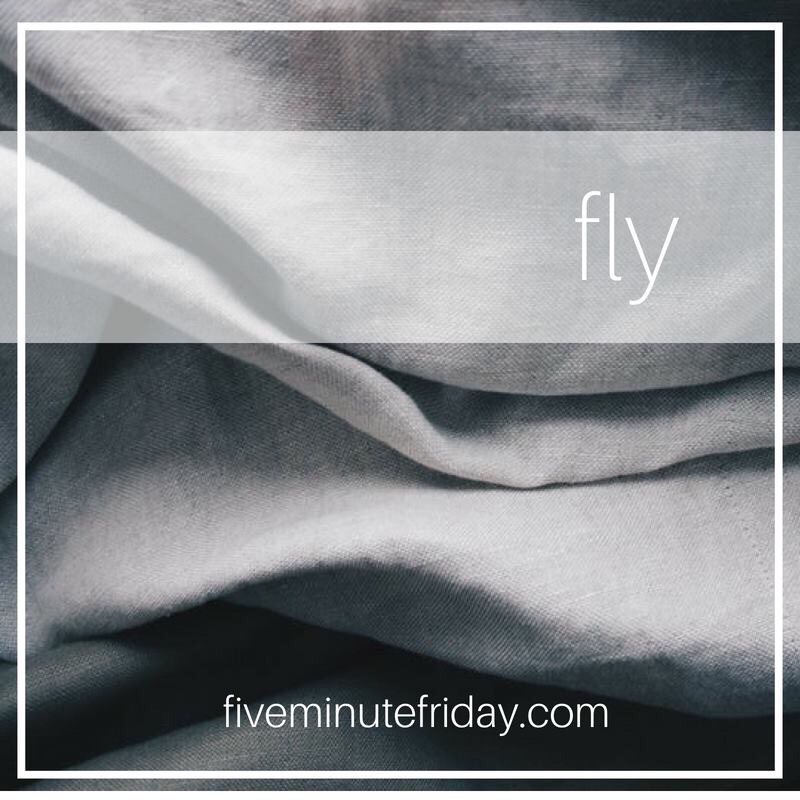 The Art of Blogging
Feeding On Jesus

Beloved, You are Mine!

Connecting You With Our Community